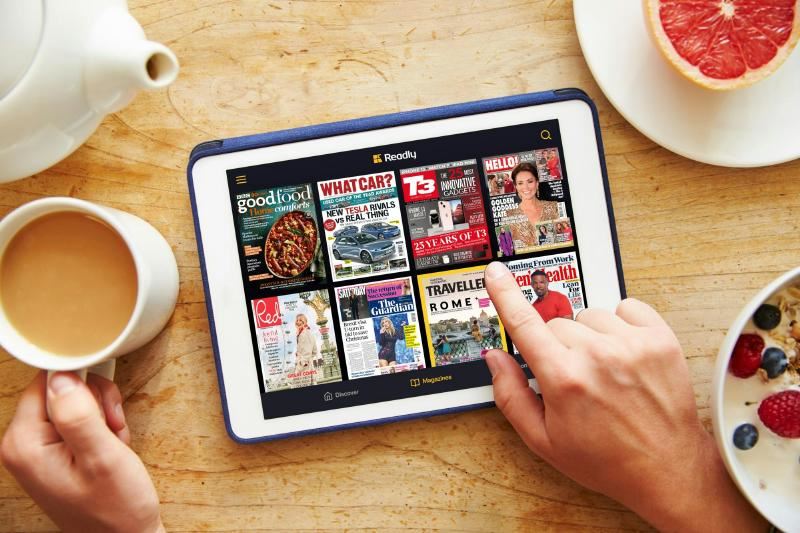 However, the single best piece of news of the year was the England men’s football team reaching the final of Euro 2020, as voted for by 21 percent of people in the research of 2,000 adults commissioned by digital magazine and newspaper app Readly.

Emma Raducanu winning the US Open (20 percent) was also popular, as was Piers Morgan storming off the set of Good Morning Britain (13 percent).

Other top moments of the year include Adele’s comeback, Cristiano Ronaldo going back to Manchester United, and the infamous Zoom meeting with Jackie Weaver and Handforth Parish Council, which made headlines and saw many tuning in.

And you can test your knowledge of the big events of 2021 by taking part in the ‘Readly Quiz of the Year’ here.

Behavioural Psychologist, Jo Hemmings said: “2021 has been a year of great sporting moments which has united the nation, yet continued public health issues, bizarre events and uncertainty has led to many of us experiencing highs and lows and worries about what might be coming next.

Challenges such as working from home, limited social events and fewer connections with friends and family have been evident again this year, but one thing many of us have learned is to take our fast-changing news in ‘worry windows’, on a need-to-know basis, rather than watching rolling news or being on social media all day.

We can decrease our levels of stress hormones, adrenaline and cortisol, by listening to soothing music and immersing ourselves in a magazine or newspaper of our choice which gives us balance as well as pleasure, releasing our reward hormone, dopamine. It’s all about self-care and indulgence in difficult times.”

The One Poll study for Readly also found that eight in 10 Brits like to consider themselves up to date when it comes to current events.

And 37 percent of those working from home admit to missing the ‘water-cooler’ moments to chat to co-workers about items in the news.

Hero of the year

Marcus Rashford was named ‘hero of the year’ in the poll, picking up 31 percent of votes. He was followed closely in second place by campaigner and environmentalist David Attenborough, with tennis ace Emma Raducanu placing third.

Musicians Adele and Ed Sheeran also came in the top 10, as did Sky Brown, the 13-year-old Olympic skateboarder.

The villain of the year, meanwhile, was former US President Donald Trump, chosen by a huge 44 per cent of adults.

Second place in that poll went to Matt Hancock AND Meghan Markle – both chosen by 33 percent of respondents, while 31 percent opted for current Prime Minister Boris Johnson.

Brits estimate they have five conversations per month about big-ticket items in the news, and just under a quarter (23 percent) were moved to share a big news moment on social media.

However, more than half (51 percent) admit they spent more time ‘doom scrolling’ this year – reading endless negative social media comments – than they should have in 2021.

When a big piece of news does happen – for example, comedian Sean Lock passing away in August – 12 percent got that news from a broadcast on TV. Eleven percent found out through social media, seven percent read about it in a digital newspaper, magazine or on the radio and just three percent heard about it during an in-person conversation.

When it comes to topics Brits simply don’t want to hear about anymore, Prince Harry and Meghan Markle topped the list – joint with hearing about Love Island.

Four in ten of those polled are fed up with hearing about YouTube personalities – and another third don’t want to read anything else about cryptocurrencies.

Chris Crouchman, Head of Content at Readly added: “There has been much appetite for news this year across our portfolio of digital magazines and newspapers.

Insights from the app show that people are also seeking inspiration and wanting to read about categories such as running, cycling and fitness, home & renovation and TV, film & cinema, however celebrity & entertainment remains the most read category among Brits this year.

Whilst there are many topics our readers want to read more on, there are certainly some we’re all pretty ready to leave behind as we look forward to a fresh start in 2022!”

7.     Tom Daley knitting at the Olympics

8.     That Prince Harry and Meghan Markle interview with Oprah

12.   The Ever Given container ship getting stuck in the Suez Canal

15.   When Facebook/Instagram/WhatsApp all broke at the same time

19.   The meme of Bernie Sanders in his mittens at Joe Biden’s inauguration

22.   Keeping up with the Kardashians finally coming to an end

29.   The return of the Met Gala – and Kim Kardashian’s incredible outfit

Readly is a great way to keep up to date on the latest news and events of the year and with Christmas gift cards available, it makes the perfect xmas gift. For more information visit: www.readly.com.

Notes to Editors:
The survey was carried out by OnePoll Panel during 6-8 December 2021 with a sample of 2000 UK adults over aged 18.

Readly is the European category leader for digital magazines. The company offers a digital subscription service that lets customers have unlimited access to 7,500 magazines and newspapers including the catalogue of ePresse. Readly has subscribers in more than 50 countries and content available in 17 different languages. In collaboration with 1200 publishers worldwide, Readly is digitizing the magazine industry. In 2020, revenues amounted to SEK 353 million. Since September 2020, the Readly share is listed on Nasdaq Stockholm Midcap. For more information, please visit https//corporate.readly.com.