Readly becomes part of the MONOPOLY at McDonald’s game 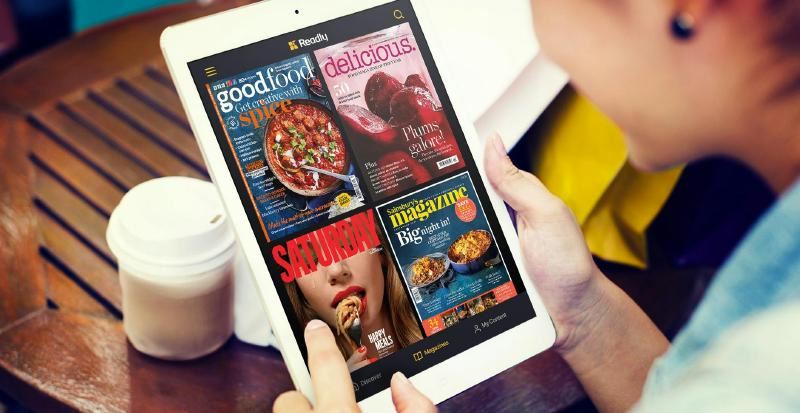 Readly, Europe’s leading digital magazine and newspaper subscription app, has joined the MONOPOLY at McDonald’s game as it returns to the fast food chain this September. Readly is offering a three month subscription to McDonald’s customers as one of the prizes in the popular game.

Readly’s prize of a three month subscription to its digital magazine and newspaper app is part of the Digital Peel Game Prizes on the game board and gives prize winners unlimited access to over 6,300 digital titles to keep them entertained, inspired and informed.

The MONOPOLY at McDonald’s game  is a favourite of McDonald’s fans, allowing customers to win prizes ranging from food items to cash to leading technology products.

– We are delighted to be part of this well renowned game and offer McDonald’s customers the chance to win a subscription to our leading digital magazine and newspaper app which now has podcasts to explore as well as an unrivalled portfolio of magazines and newspapers. We look forward to reaching this large and loyal customer base and giving people the opportunity to read over 6,300 digital titles in the most climate friendly way, says Marie-Sophie von Bibra, Chief Marketing Officer at Readly.

McDonald’s launched the sales promotion to customers in 2006 which works in a similar way to the classic Monopoly board game whereby selected items on the menu come with a sticker which customers peel off to reveal the game pieces and prizes.

Other prizes on the McDonald’s Monopoly include cash prizes,  MINI Electric Cars, a holiday with TUI, Nintendo Switch plus the McDonald’s Gold Card - giving customers a free meal every week for a year.

Readly’s partnership portfolio has been gaining momentum throughout 2022 with Lidl which was announced last month, TUI, Virgin and Barclays.